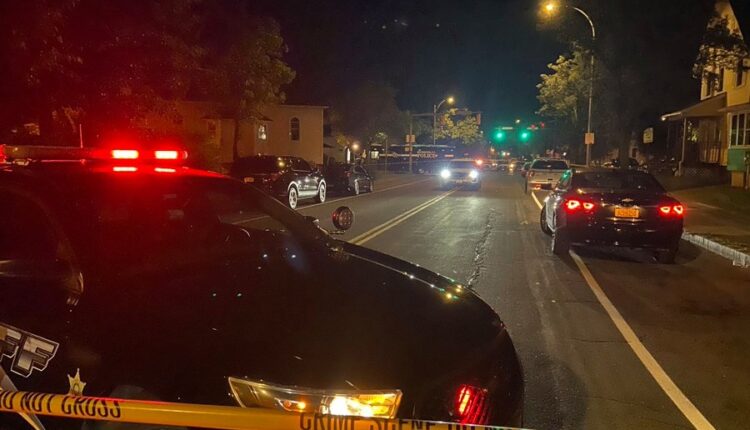 Two people were shot dead and 14 others were wounded at a backyard party in Rochester, New York, early Saturday, police said, calling the event a “mass shooting.”

A male and a female died in the shooting on Pennsylvania Avenue, Interim Police Chief Mark Simmons told reporters, he did not provide their names.

As many as 100 people were at the gathering when the shooting started just before 12:30 a.m., Simmons said. Adding that police were still trying to piece together who opened fire and why.

He said it was too early to say whether more than one person was shooting or who the intended targets may have been.

The 14 wounded people were taken to two different hospitals. None of them were reported to have life-threatening injuries, Simmons told reporters near the crime scene.

“This is truly a tragedy of epic proportions,” he added.

The shooting comes as the city’s police department has been rocked by days of protests in recent weeks after the suffocation death of Black man Daniel Prude.

Video taken in March and made public by Prude’s family Sept. 4 shows Prude handcuffed and naked with a spit-hood over his head as an officer pushes his face against the street, while another officer presses a knee to his back.

The officers held him down for about two minutes until he stopped breathing. He was taken off life support a week later.

On Monday the city’s Mayor Lovely Warren fired Police Chief La’Ron Singletary, who she said initially misled her about the circumstances of Prude’s death. Other senior police officials announced they would retire or leave top command positions.

Mayor Warren issued a statement on Saturday asking for “prayers and support for all involved” in the shooting. “I’m begging everyone to remain calm and exercise deep restraint,” she added.

Chief Simmons expressed frustration that someone had held a large, late-night party, apparently in defiance of a state ban on large gatherings because of the coronavirus pandemic.